Monday May 20th, 2019
Ryan started the first chemo treatment which consisted of three major chemos. The first one was hung with a bag on it to protect it from light . It ran for about two hours before they came in with the second. The second chemo is red, in a giant syringe and has to be pushed extremely slow. It took about twenty minutes from start to finish. The third chemo was also hung and ran about 25 minutes. During treatments Ryan immediately noticed tingling in his nose and a really strong metallic taste. They warned him about nausea but dosed him with several nausea medications just in case. Afterwards Ryan felt pretty good and we went to bed for the night.

Tuesday May 21st, 2019
Ryan woke up and was extremely flushed, his whole body was red and hot. He said he was starting to feel tired and almost flu like. He wanted to go on a walk with me to the cafeteria. We ate some lunch and by the time we got back to the room he was very pale and so tired he could hardly keep his eyes open. He spent the rest of the day in and out of sleep. Last night was the first time he started to feel nausea's so he asked for some medicine and also a sleeping aid. Side note last night was my first service back to church and it felt great! I cannot wait till Ryan gets to go back.

Wednesday May 22nd, 2019
Ryan has become very sensitive to smells and things are starting to taste different. I keep teasing him that he now knows what its like to be pregnant. Overall Ryan feels like hes gotthe flu and not much more. They explained to us that next week will be very hard for him as that's when the blood cells begin to drop and really respond to chemo. This morning we were waiting on several test results. We got his bone marrow biopsy back and it looks amazing!! Thank you JESUS!!! It still means he has stage 4 because its reached the bones, but its a good sign for future treatments. The bone marrow is responsible for cell making and because his looks so great it means that hes at less risk for infections. Two days ago we also received news that his procalcitonin levels were high indicating a risk for sepsis ( a serious blood infection). The doctor also said his x ray showed some sort of collapsing lung. After further testing they "believe" he got a false positive for Sepsis from his cancer. I ''KNOW'' it was the hand of God. Ryan's fevers have disappeared and night sweats have improved. I know we have a long journey ahead of us but we are so grateful for the Lords touch on our lives.

Thank you to all who have shared our story, the donations we have received have tremendously helped. Cancer is an expensive disease but we know the Lord will continue to provide. We love you all!! 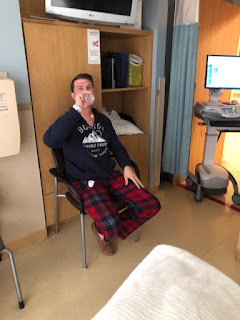 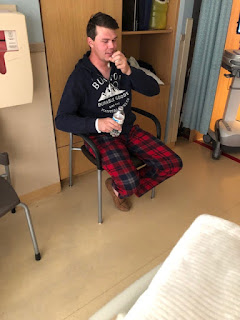 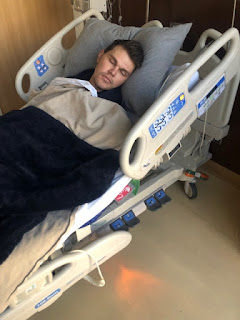 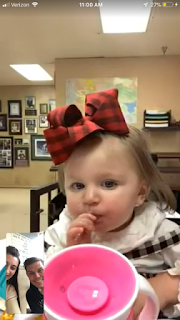