It was the night of May 18th when I begin to feel a little sick and  started having some belly pain. I woke up around 3 am and could not stop throwing up. A couple hours later I begin to have severe belly pain and told Ryan that we needed to go into the emergency room. I was taken back and had my heart checked out because of some chest pain . They decided to do an X-ray and found that I had something called colitis and enteritis . I was given a gi cocktail and pain medicine, I started to feel better so they sent me home. Two hours later I was in severe pain and told Ryan something was wrong . We went back in and they did ct scan of my belly which showed that I had a large amount of fluid in my belly and my appendix was swollen. The doctors believed my appendix was perforated and they took me back for emergency surgery. I was really upset because I knew that I wasn’t going to be able to care for brinley while I was recovering . I was taken to pre op where I received ddavp a medicine for my bleeding disorder and they drew special labs . The surgery took a lot longer than expected and Ryan sat waiting . The doctor came and spoke with him to let him know that although my appendix was swollen it was normal. They took it out because of the risk of rupture anyways . He called in an obgyn during the surgery who diagnosed me with endometriosis. She also found some cysts and abnormal findings with my uterus . The doctor said all my other organs looked fine but they didn’t know why there was such a large amount of fluid.  Recovery was supposed to be easy but it was horrible ! I had horrible sharp pain in my shoulder , pain in my stomach that was unbearable and I continued to vomit. Two days later the doctors were trying to send me home . I began to cry knowing something was still wrong. Soon after asking God please just let them keep me,  Dr. Charles  came in and said something didn’t seem right I should be feeling better not worse. He asked me if I ever had any gallbladder issues and I told him about the attacks I had been having but every time we came in they said my gallbladder was fine. He ordered a hida scan to look at the function of the gallbladder and sure enough even that was normal but barely. I started having serious pain after the test which is a sign your gallbladder is not actually working. He decided to go with his gut and just take it out. Thank God ! The next day I was in surgery again and honestly I didn’t feel much more pain then I was already in . He told Ryan that my gallbladder was odd is shape and was green and tan . I showed signs of chronic infection and sure enough the biopsy came back with chronic cholecystitis . Overall I’m not having anymore gallbladder attack’s and do feel the surgery was very beneficial. A week later again I went back in because I developed pancreatitis. So now we had another organ that was not happy. Fast forward to now I am not doing that great and my liver isn’t either I’ve been diagnosed with Ascites again and my liver enzymes keep elevating . I am seeing some specialist and we are praying for answers along with healing !! Thank you all for following our journey I know it’s been a rough ride for the both of us but it’s becoming more and more obvious how big the miracle is going to be !! 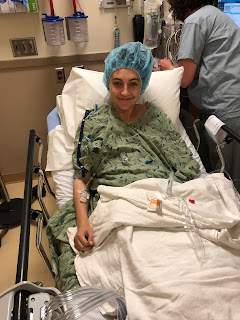 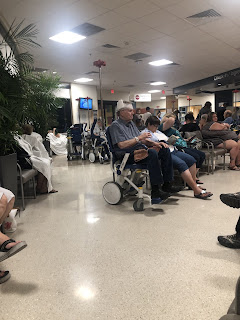